In the Stockade: CA Housing Recovery May be Slowed by Stock Market 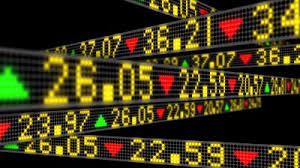 The volatility of the stock market affects many things, the California housing market not being exempt. When the housing bubble burst seven years ago, it almost took down Wall Street and the entire US economy. More recently, however, the continued dive in the stock market might scare buyers and sellers in Southern California’s housing market, just as it has finally normalized after a bust-and-boom cycle.

The three digit swings in the Dow Jones Industrial average weighted on buyers, but some have continued to buy homes, as they’re investing for the long term and don’t want to react to fluctuations in the market. Christian Lander, a television writer and author, who is both a buyer and a seller, is looking to unload his two-bedroom condo in Koreatown and said “I am just hoping it won’t freak people out that this is a bad time to buy.” Lander’s decision to go ahead with buying homes is typical of what local real estate agents and mortgage brokers say they have seen in the housing market, but the unease has already prompted some price cuts. If the Wall Street vacillation continues for a continued period, economists believe that the uncertainty could cause a shift in housing market sentiment.

Lindsey Piegza, chief economist at Stifel Fixed Income, said “One or two days makes people nervous and glued to the TV, but it doesn’t necessarily change a life-threatening purchase such as a home. If there’s ongoing uncertainty, consumers will pull back.” Some sellers have seen buyers assume that the stock drop-off is temporary and aren’t changing their intentions. Other sellers have been more willing to trim their asking prices from levels considered unrealistic. While mortgage brokers haven’t heard from worried borrowers, they dislike the volatility and hope the stock market doesn’t go into a steep decline.

The turmoil that the stock market is seeing has been blamed on the weakening Chinese economy. Economists say that slowing growth abroad could go one of two ways. It could cripple demand in markets like Irvine and the San Gabriel Valley, which Chinese families have poured into recently. Or it could increase investments as the wealthy look to get their money out of China and into the US. Many in the real estate industry have seen different effects, but what is certain is that this volatility on Wall Street has sent growing buyer confidence to the stockade.

What is your take on the fluctuations in the stock market? How have you seen it affect the real estate industry and your business?

This content is not the product of the National Association of REALTORS®, and may not reflect NAR's viewpoint or position on these topics and NAR does not verify the accuracy of the content.

Find your next home